AKKAR, LEBANON—In the northern-most governorate of Lebanon, we drive down a muddy road past a Syrian Bedouin camp, about 20 kilometers from the Syrian border. In the camp, small homes made of plastic sheets and canvas tarps wrapped around wooden frames huddle together in a field. Already this morning, the rain has come in harsh bursts, and the road is pockmarked with deep puddles. The mud looks treacherously thick.

We turn and drive past a road leading to a Syrian informal settlement. (It cannot be officially referred to as a “refugee camp,” since the Lebanese government does not officially acknowledge Syrian refugees, who under international law would have rights.) This region is dense with refugees and was economically underdeveloped before they arrived. It is far from government services and the reach of many nonprofit organizations.

A little further down the road we arrive at a fenced gate. We—a colleague, a Lebanese acquaintance and I—are here to visit an educational center that works with Syrian children from ages two to 15. After a phone call, the gate slides open. The center rents the land on which it sits, and government regulations forbid the construction of permanent buildings, so the center consists of caravans and small sheds with corrugated metal roofs.

Malaak, a Lebanon-registered nonprofit organization that says it has no political or religious bias, runs the center, supported chiefly by private donors, with little international aid. The older children at the center are assigned to the second shift at a local Lebanese school, going to classes there from 1:30 p.m. to 6 p.m. Here at the center, they arrive at 9:30 a.m. and get tutoring, help with homework, and assistance with French, the language of instruction at the local schools and an unfamiliar tongue for most of them. The younger children participate in an early-childhood program that prepares them for school. The center gives the children access to art, music, sports and, sometimes, computer classes.

We go to sit in the center’s office and sip Turkish-style coffee on a couch near the warmth of an oil stove, as we talk to Joyce Rizk, the center’s field manager. She says her biggest challenge is the weather. Many children have stayed home today, scared off by the rain.

Sometimes the children also take off for work. When they get a chance to help during the planting or harvesting seasons in this agricultural region, where orange groves and plowed furrows are a frequent sight, the children may leave school for a month or six weeks, and then return. The absences are a reality the teachers have to deal with—the residents have little other access to cash. With over a million Syrians in Lebanon, they are viewed here as immigrants are in many countries—as people stealing resources and jobs, rather than as people who might make a contribution.

We leave the office, and the leader of the center, Sheikh Abdo Hesian, the man who has helped build it up from a single tent, shows us around. We step into a music room inside a caravan. One end of the room is filled with instruments the teachers thought the children could learn from: Ouds (an Arab version of a lute), guitars, a piano, drums, tablas, and a traditional Syrian drum that can be heard at many celebrations. A group of Syrian youth who attended the academic center from the beginning and are originally from in and around Homs have created a hip-hop group dubbed “The Homsies.”  They have recorded three Arabic songs with the help of a Scottish charity.

The sheikh also shows us a kitchen with tile floor, a stainless steel counter and a stove where a large pot of food is cooking in preparation for the 11:30 a.m. meal. The volunteers strive to make the meal healthy, with rice, lentils and vegetables, to encourage families to send their children. The center employs women from the local Syrian camps, paying them a small daily wage for preparing meals. (It also offers sewing machines for their use, and has plans to begin offering a citizen education program.)

As we walk along the open-sky corridor between the caravans, we’re followed by a young girl who has outgrown the center’s classes but tries to make herself helpful around the center. She is relentlessly curious, watching and smiling. She is an orphan, who tagged along with other refugees as they trailed from Syria through Lebanon and up into the north.

We stop by a library, a small room lined with bookshelves. “What other books would be useful?” I ask the sheikh, wondering about possible donations. He says the book selection is not his call—he would have to ask the teachers what books are needed. He shows us a garden, where the school grows spinach, celery, and herbs and other crops that can go into the daily meals.

The sheikh says his biggest challenge is meeting payroll. Donors like projects or facilities, not continuous costs. The center’s annual budget is about $100,000; it serves 350 school-age children and 120 children who attend the early-childhood program. (By way of a rough comparison, a school that served the same number of children in New York in the United States would have an annual budget of about $9 million.)

The children at this center who have escaped Syria are fortunate, even if they are wading through mud in northern Lebanon. A UNICEF report released Sunday said that inside Syria, children have suffered a drastic escalation in violence, with child deaths up 20 percent from the year before. Two hundred and fifty five of those deaths were in or near schools.

“The depth of suffering is unprecedented,” said Geert Cappelaere, the UNICEF regional director for the Middle East and North Africa, in a statement released with the report. “Each and every child is scarred for life with horrific consequences on their health, well-being and future.”

On the center’s grounds in Akkar, our Lebanese colleague recognizes a backpack-wearing boy he knows, who is crossing the yard toward the center’s gate. Our colleague calls out to the boy and exchanges greetings. In art class, the boy used to draw blood and scattered body parts, but lately has turned to more peaceful themes.

On a separate journey to the Beqaa’ valley, we rode past vineyards and mountains still topped with springtime snow to arrive at a school run by a Syrian neurosurgeon-turned-educator, Fadi Al-Halabi. His program goes by the acronym MAPS, Multi-Aid Programs, and uses a different model than Malaak. At MAPS, the Syrian children do not go to Lebanese schools, but attend their own classes in caravans near their parents’ camps. (See a related article, Informal Schools in Lebanon Reach Out to Syrian Families.)

The program blends humanitarian aid, health care and its educational projects and serves about 3,500 children at nine locations. The children prepare for tests, taken either in Syria or Lebanon that prove their level of achievement and permit the children to advance to the next level. (Many other Syrian youth run into educational dead ends because they lack documentation that proves what they have learned.)

Al-Halabi is eager to talk and quickly makes clear that he wants to go beyond the education that was served up in Syria. He wants students to work on projects and explore ideas in ways that will make them want to gather knowledge, rather than stuffing them with knowledge and promising them that, some day, they can build things or wander in the world of ideas. In short, he wants them to expand their natural curiosity and become critical thinkers.

He is relentless in trying to get everyone who works for him to try to improve themselves professionally. The teachers—all Syrians—attend classes, both online and in-person. Al-Halabi is himself working on a master’s degree in business administration. He has forged connections with faculty members at Harvard University and University College London to continuously improve MAPS schools. When asked what help he would most like to get from universities, he puts technical expertise first and money second.

After our discussion Al-Halabi gives a rapid-fire tour of the administrative building he works in, which has been converted into a launching pad for a robotics competition to be held the following day. The children and teenagers will participate in a robotics contest at Notre Dame University, in Beirut. At the MAPS office, the youth are testing out robots they have designed and built out of commercial parts, such as Legos and Vex. The robots grab objects in the middle of rectangular arenas and then toss the objects outside. Al-Halabi smiles when he recounts that his Syrian charges were first invited to participate in a Lebanese robot-building contest as a kind of psychosocial support, and then won the competition.

Al-Halabi’s field coordinator takes a colleague and me out to see a MAPS school. Perched at the edge of a refugee camp where 135 families live, it is a U-shaped formation of neatly painted caravans, with a paved courtyard, flowers, a basketball hoop and a covered area where children and teachers can escape from the sun in the summer. We drop in on Arabic, English and math classes, where children sit, three to a desk. The math class was the liveliest one I have ever seen, but at the same time, when the teacher called for quiet and hands on desks, the children subsided into silent attentiveness.

At the end of my journey to northern Lebanon, I think of those people around the world, at universities, schools, churches, temples and mosques where education and charity are supposed to be at the center of institutional missions. I wonder why more people aren’t helping. Malaak has a two-bedroom dorm with a kitchen where volunteers can come to work. It accepts material and cash donations. The money is leveraged by the corps of Syrian and Lebanese volunteers, cooks, teachers, parents, and bus drivers who help out at the camp.

Most importantly, both Malaak and MAPS have lessons to teach other educators, as well as needs.

But the world seems obsessed by travel bans, Brexit, the European elections, and the clamor of other global news. This negative noise is drowning out the voices of the 6 million Syrian children who UNICEF says depend on humanitarian aid, and those of the children I saw in classrooms in Bekaa and Akkar with their hands lifted high in the air, eager to be the first to answer their teachers’ questions. 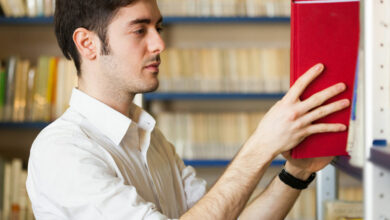 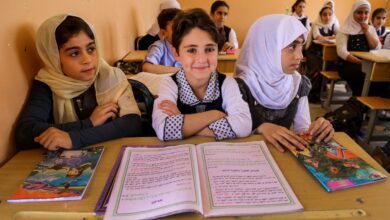 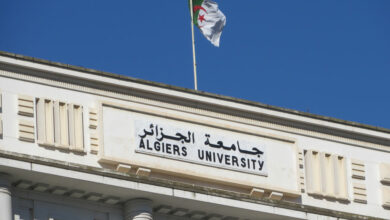 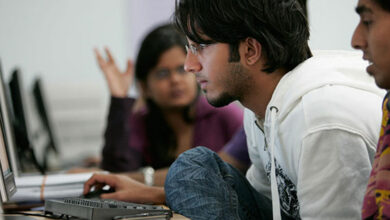 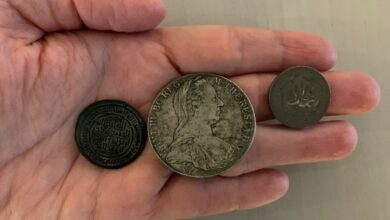 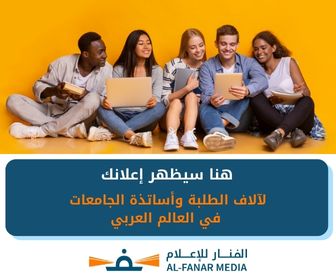